The bishops of the Orthodox Churches trace unbroken succession to the very Apostles themselves, therefore ultimately receiving their consecrations from our Lord Jesus Christ (Apostolic Succession). All the bishops of the Eastern Orthodox Churches, no matter their titles, are equal in their sacramental office. The various titles given to bishops are simply administrative or honorific in their essence. At an ecumenical council, each bishop may cast only one vote, whether he is the Ecumenical Patriarch or simply an auxiliary bishop without a diocese. There is no equivalent to the Roman Catholic papacy within the Eastern Orthodox Church.

As with its Apostolic succession, the faith held by the Church is that which was handed by Christ to the apostles. Nothing is added to or subtracted from that deposit of faith which was “handed once for all to the saints” (Jude 3). Throughout history, various heresies have afflicted the Church, and at those times the Church makes dogmatic pronouncements (especially at ecumenical councils) delineating in new language what has always been believed by the Church, thus preventing the spread of heresy and calling to repentance those who rend asunder the Body of Christ. Its primary statement of faith is the Nicene-Constantinopolitan Creed. 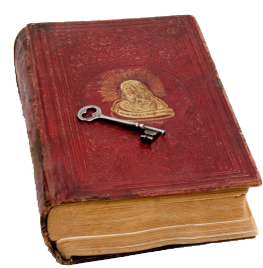 The goal of Orthodox Christians from baptism, when they are sealed with the Holy Spirit, is to continually draw near to God throughout life. This process is called theosis or deification and is a spiritual pilgrimage in which each person strives to become more holy and more “Christ Like” within Jesus Christ.

Icons can be found adorning the walls of Orthodox churches and often cover the inside structure completely. Most Orthodox homes have an area set aside for family prayer, usually an eastern facing wall, on which are hung many icons.

From soul and for the soul
... raising Church!